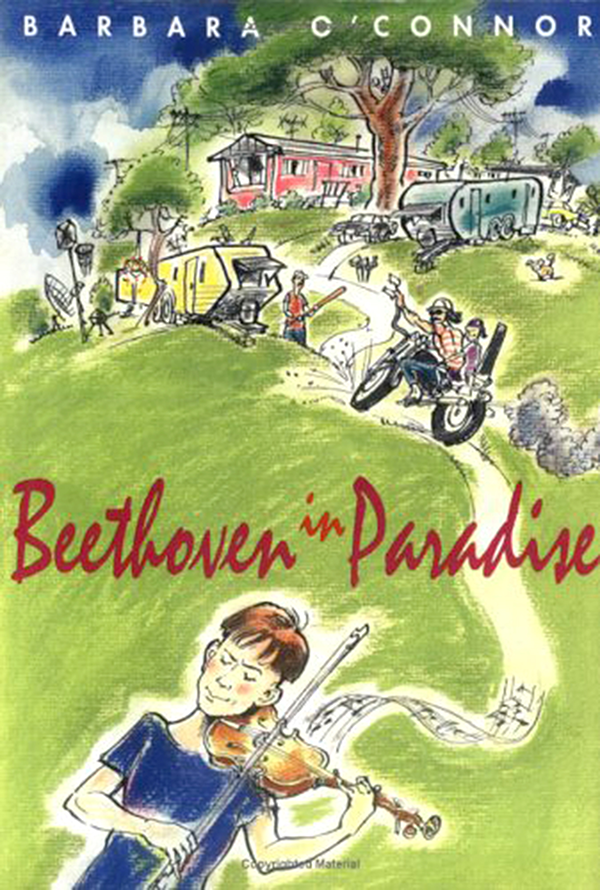 Available in paperback and ebook

Set in a trailer park called Paradise. “You’re just wasting your God-given talents if you don’t get yourself something besides a little ole harmonica to play.” Wylene made it sound so easy. Martin had always like music—liked to listen to it, liked to make up tunes in his head. But all he had to do was say the word “piano” to his father and all hell would break loose. His father thought music was for sissies, and was always mad at Martin for not being good at baseball. But with a lot of help from his friends Wylene and Sybil and his grandmother, Hazeline, Martin learns that, although he can’t change his father, he can learn to stick up for himself. With humor, pathos, and a colorful cast of offbeat characters, Barbara O’Connor shows that there’s room for genius wherever there’s a place for compassion—even in Paradise.

Kirkus
Read More
For every child who was ever forced to play sports, a kindred spirit: Martin, 12, the funny, angst-ridden musically talented hero of O'Connor's first novel. ... Readers will relish this trip down south, and they couldn't ask for a better guide than O'Connor, who captures a young boy's heart and holds it out as a gift.

School Library Journal
Read More
Readers really get under Martin's skin, making his gradual transformation both realistic and gratifying. ... An intriguing first novel from a writer to watch.
Previous
Next